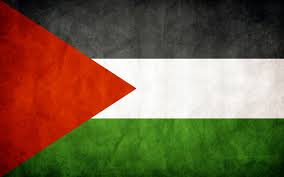 Over the weekend CRH announced Irish building materials corporation CRH has become the second major European corporation to exit the Israeli market in the space of a week after it announced it has sold off its 25% equity stake in its Israeli operation Nesher Cement.

The boycott, divestment and sanctions (BDS) movement has been campaigning for CRH to sell its stake in Nesher Cement because it supplies cement used in the construction of Israel’s apartheid Wall and settlements on occupied Palestinian land, both of which have been declared illegal by the International Court of Justice.

Cllr Kenny who has been a strong supporter of the campaign against Cement Roadstone Holding’s stake in Israel said” The decision by CRH is to be welcomed but CRH never should have been there in the first place. Only recently thirty South Dublin County Councillors put their name to a letter calling on CRH to actively review their position in the cement company Mashav. This campaign has been highlighting CRH involvement over the past ten years that contravenes its own ethical policy in good corporate governance. Let’s hope that any other Irish company who deals with any tentacle of the Israeli economy observes the boycott and divests from Israel.”

CRH Irish Headquarters is based on the Belgard Rd Tallaght