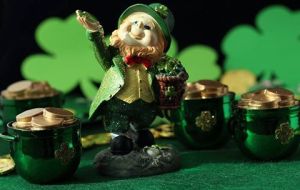 Last month the Irish government posted GDP growth figures of 26.1%. This figure is unheard of in Western economies which usually register no more than 3% growth. The cause of this miraculous expansion was a new set of accountancy rules that shifted €300 billion of foreign owned assets into Ireland as economic growth.

For example, AerCap registered its fleet of International aircraft to Ireland, increasing the value of Irish ‘owned’ assets by €35 billion.

Why would foreign companies want to do such a thing?

Because Ireland allows these multinationals to do commercial activity in other countries before paying minimal taxes on it here. To put this more simply – Ireland is a glorified Tax Haven for the rich and powerful.

At the start of the year, the leaked Panama Papers showed the effects of such tax dodging on vulnerable citizens. Instead of resources being used to fund social services they are moved around the global to avoid any taxes.

To put the scale of this problem in context, the Tax Justice Network estimates that between $21 and $32 trillion has been stashed away globally without paying tax.

If the global rich were made to pay even 20% on this vast fortune, it would amount to more than €4,000 billion – or enough to solve world hunger for every person for roughly 135 years.

The fact that the Irish elites are so willing to play this role speaks volumes about their solidarity with the global poor. It also has an important effect here, as the state has to pay an extra €280 million to the EU next year as Ireland has become richer on paper.

This GDP increase may be an accountancy trick, but the cost is real. The €280 million could be used to hire more than 13,000 nurses or 11,000 teachers for example.

Back in April, Pfizer, the US pharmaceutical giant, called off its merger with Dublin based Allergan after the US authorities changed their own rules to block the transaction. The deal would have relocated Pfizer’s headquarters to Ireland, shaving billions off its tax bill there and adding a tiny bit to it here.

Responding to the move, President Obama said Ireland is providing “one of the most insidious tax loopholes out there.”
Michael Noonan is not nearly so concerned. Writing in the Sunday Business Post, Noonan suggested that “our laws simply cannot prevent tax inversions”. He went on to state that any attempt to stop them would “have unintended consequences for substantive Irish operations” and that “these transactions are entirely driven by tax issues in other jurisdictions”.

None of this is remotely plausible. When the elites here feel that their interests are being threatened they move heaven and earth to fight their own corner. The example of Apple is a case in point.

An EU investigation into Apple’s tax deal with the Irish state could reveal between $8 and $19 billion in underpaid taxes.

Any decent government would be falling over itself to claim these resources, but the Irish rich really don’t want them. To accept this money would be to accept the charge of being a tax haven, potentially scarring off new international business. Unlike Bermuda or the Cayman Islands, Ireland’s unique selling point as a ‘tax haven’ rests on the mirage that it really isn’t one.

Once this pretence is rumbled there will be little advantage remaining for a global elite who can stash their cash in off shore accounts for less than half the price that Ireland charges. .

For this reason the Irish state has already spent €670,000 disputing the fact that we might be owed anything. As Enda Kenny repeatedly suggests – this is a great little country in which to do business.