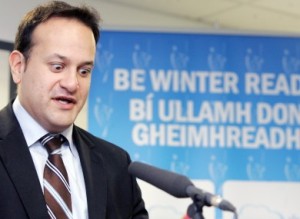 People Before Profit TD, Gino Kenny, has questioned Minister Leo Varadkar’s knowledge of his brief after he suggested that lone parents allowance had not been cut during the previous Fine Gael/Labour government.

Minister for Social Protection, Leo Varadkar, said on Morning Ireland today that his government had not cut lone parents allowance during the last government.

Deputy Kenny said, “For the Minister to suggest that lone parents allowance had not been cut during the last government is bizarre. It really raises the question whether the Minister is on top of his brief or not.

“I think this really does bring into question not only the Minister’s knowledge of his brief but also the credibility of Minister Varadkar going forward as he is clearly wrong.”