Why Shannon Airport is being used as a Military hub 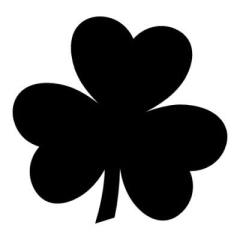 Last year, the government approved 334 applications for military flights to land at Shannon airport. These are overwhelmingly US military planes who were supporting different wars in the Middle East.

US soldiers are engaged in combat missions in Syria where there is a scramble by imperial powers to crave out their spheres of influence.

In Yemen, the US is using its drones to back a war being waged by Saudia Arabia on Houthi rebels. It has led to a humanitarian disaster as civilians have been deliberately targeted to terrorise the population. More broadly, the Special Operations Command (SOCOM) — one of the nine organizational units that make up the Unified Combatant Command — had special operations forces (SOFs) in over one hundred, where they were either involved in combat, special missions, or advising and training foreign forces.

Successive Irish governments have deliberately breached the policy of neutrality to facilitate these US wars. They even allowed the US Vice President Mike Pence to address US troops at Shannon.

People Before Profit want to stop Shannon being used as a hub for the US military. We want to withdraw from the PESCO agreement which contains legal provisions to push countries into increasing military spending and supporting the European arms industry.