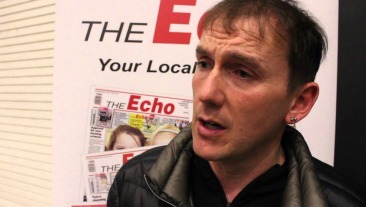 People Before Profit TD Gino Kenny said that he is very pleased that the government have just announced plans to progress omitted aspects of the Children and Family Relationships Act 2015 by drafting legislation to deal with the remaining parts that have yet to be enacted.

The problem with the Child and Family Relationships Act is that without parts 2, 3 and 9, same sex couples are encountering major difficulties especially regarding the rights of the non-biological parent. Local same sex married couples have raised the issue on several occasions with Deputy Kenny.

It is a very positive development for LGBT+ rights in this country that these legislative problems are being addressed.  However, it must be noted that it has taken 3 years for this to happen despite government promises that parts 2, 3 and 9 would be included as soon as possible after the Marriage Equality referendum was passed.

Deputy Kenny who submitted a parliamentary question (attached), said: “I am pleased that the government plan to enact the legislation in full.

“This Act which was signed into law over three years ago, provides vital legal recognition and rights for same sex couples with children. However, parts 2, 3 and 9 of the Act have yet to be brought forward into law leaving many same sex parents and their children in a precarious legal situation, without rights and protections which should be afforded to them.

“This has presented distressing issues when same sex couples have tried to register births, secure passports or settle in Ireland when one of the parents isn’t Irish. Local same sex couples have contacted me often distraught at the difficulties that the gap in the law has presented to them as parents. I look forward to the day when these parents have the same rights as every other parent. I will be urging the government to do this without anymore delays.”

Gino Kenny PQ- To ask the Minister if she will take immediate steps to enact the section of the Children and Family Relationships Act 2015 that deals with children of same sex couples and all related matters; if she will acknowledge the distress, heartache and difficulties that its non-enactment is causing for families (details supplied); and if she will make a statement on the matter”