Labour: They won’t be missed 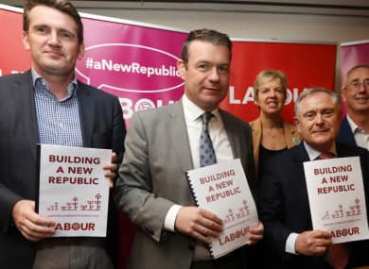 In a desperate bid to shore up their declining fortunes, the Labour Party has attacked People Before Profit at the launch of their local election manifesto, claiming that it treats local authorities like the United Nations.

The main example used was a proposal that Dublin City Council flying a Palestinian flag.

However, People Before Profit are proud of the fact that we pushed for a simple symbolic action that showed solidarity with a people who are subject to daily humiliation and attack.

The Labour Party is an establishment party that has supported the introduction of bin charges and a property tax.

It has presided over the run-down of social housing and currently support the sell-off of public land and to private developers at a knock down price.

Labour Party councilors have even supported measures which have allowed big developers to get out of their obligation to provide 10% social housing in their complexes. They let them build elsewhere – even while they talk of the importance of ‘ a social mix;

Just as they join Fine Gael in coalition, the Labour Party’s main strategy is to cosy up to unelected city managers rather than challenge them.

In Dublin City Council, for example, where they form a majority coalition group with Sinn Fein, they let management away with building just five normal social housing units in 2018.

They need to be replaced by a genuine left-wing party. Their departure from local councils will not be missed,