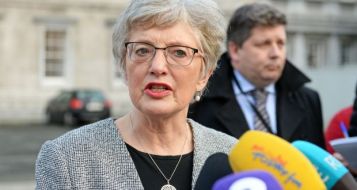 People Before Profit TD Gino Kenny has urged the Minister for Children and Youth Affairs Katherine Zappone TD to withdraw her support for the government during questions to the Minister in the Dáil, citing the rise in child homelessness that has grown exponentially since the current government began its term.

He said: “In August 2016, there were 2,363 homeless children. This figure does not include children sleeping rough, couch surfing or homeless kids living in domestic violence refuges.

“Currently there are almost 4,000 homeless children. This represents an increase of almost 70% in the number of homeless children since this government came to power. These children are developing physical and mental illnesses as a result of having no home to call their own- trying to do their homework in hotel rooms, with no access to play areas or friends, often eating poor diets because there are no cooking facilities, suffering from a lack of access to leisure/sport activities – all things that children in homes usually grow up with.

“We are creating a generation that is locked out and we can’t begin to imagine the impact that this trauma of homelessness can have on them in later lives – severely affecting their potential. We need investment in primary care and mental health facilities by the state. We need staffing levels to increase otherwise the crisis in mental health and prescription drugs which we are in now will only get worse.  Katherine Zappone TD must take a stand and stop being complicit in the housing crisis that this government continues to exacerbate; it is her responsibility as Minister for Children and Youth Affairs to do so.”