Trump Not Welcome In Ireland 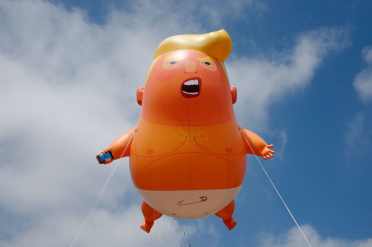 Join the protest on Thursday 6th June Garden of Remembrance, Dublin at 6pm.

Donald Trump is a bully  who wants to provoke war and do nothing about climate Change.

He has emboldened racists and around the world and is trying to outlaw abortion in the US.  After leading a campaign that focused on scapegoating Mexicans, Muslims and immigrants his presidency has seen children held in cages, attempts to block Muslims from entering the United States and the U.S. being pulled out of the Paris climate agreement.

Despite posing as a friend of the American working person, he is a billionaire property speculator, whose tax plans and cuts to social services have left the majority of American workers worse off while benefiting the billionaire class even further.

Trump’s decision to relocate the U.S. embassy in Isreal to Jerusalem has been internationally condemned, is a direct provocation against the Palestinian people, and brings him into line with the most right wing elements of the apartheid Israeli state. He has also cut massive amounts of aid from Palestinian refugees.

Trump and his ideas represent a right wing push back against all of the progressive movements that have sprung up around the world.

In an age of a rising women’s movement around #metoo and abortion rights, Trump brags of sexually assaulting women, and appoints conservative anti-choice nominees to the supreme court.

In an age of a rising climate movement, Trump cuts environmental protection funding and legislation. He refers to oil and gas as “molecules of freedom”.