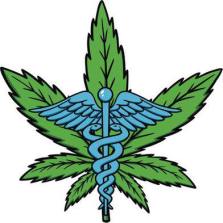 Campaigners for medicinal cannabis have called on the government to give a definitive time frame for the commencement of the proposed Medical Cannabis Access Programme (MCAP). The programme was announced in late June. Legislation to underpin the programme for the first time gave Irish-based medical practitioners legal and medical direction to prescribe specific medical cannabis products for a number of pre-stated conditions.

Gino Kenny TD said: “It is absolutely imperative that this programme commences. People understood that after the law was changed in late June patients would start getting legal and medical access to medicinal cannabis products. The whole process has been extremely protracted and this, in turn, is forcing parents abroad or worse still people having to go through the black market.”

Pamela said: “We have tried everything to stop Ryan’s pain. He has a rare sarcoma tumour which causes him the most ferocious and unimageable pain. Cannabis works for my son. It should be a choice for those for whom conventional medicine simply doesn’t work.”

Adam Moore who lives with MS said: “My consultant has stated that he would be willing to refer me to the MCAP to treat my condition. The frustrating thing is that after the law was changed in June people like me who could benefit from the medical use of cannabis still can’t get access. It’s time for this programme to begin and give people like me and others at least the choice of using medical cannabis as treatment.”

Dr Garrett McGovern said: “The Medical Cannabis Access Programme is a welcome initiative by Government for people who suffer from chronic illnesses. It is important that there are no further delays to its implementation. I hope in time the programme will include GPs as well as consultants and that the range of illnesses and symptoms for which it is indicated will expand.”