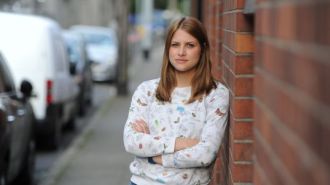 Statement from People Before Profit Councillor Madeleine Johansson in regards to last nights SDCC budget which is controlled by the ruling group of FF/FG and the Green Party. Pretty shameful stuff from the alliance of the extreme centre.

There were angry scenes at the annual budget meeting in South Dublin County Council. The Budget was proposed by the Chief Executive and supported by the ruling group of Fine Gael, Fianna Fail and the Green Party.

The ruling group also rigged the process of debating amendments in a cynical move to circumvent democracy. This caused angry scenes in the chamber as councillors who had submitted amendments didn’t even get a chance to propose them.

People Before Profit Councillor Madeleine Johansson commented: “This budget targets the most vulnerable in our society who are already struggling to make ends meet. It’s absolutely disgraceful that over 1900 households will face a €13 per week increase in their rent while there’s no increase in rates paid by big business in the county.”

“The circumvention of democracy at the meeting is unprecedented in South Dublin. Regardless of whether or not amendments proposed by the opposition will pass, the councillors should have the opportunity to propose and debate amendments. The adoption of the Budget is one of very few reserved functions of councillors and it is undemocratic of Fine Gael, Fianna Fail and the Green Party to shut down that process.”

Kellie Sweeney, People Before Profit candidate for the by-election in Dublin Mid-West said: “This is a Fine Gael budget supported by Fianna Fail and the Green Party. I grew up in a council estate with families who had to make choices between putting food on the table or buying winter clothes for their kids. These families are now facing rent increases of between €156 and €676 per year.”

“It seems that circumventing democracy has become national policy for Fine Gael. From the money message in the Dail to rigging the budget debate in the council this is a serious attack on democracy and a cynical way to dismiss the views not only of other political parties but of the public as well.”