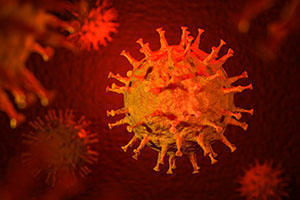 At a media conference today on the Dáil plinth People Before Profit TDs outlined what they would raise in the Chamber during the sessions with An Taoiseach and the Ministers for Finance, Health and Education.

Richard Boyd Barrett TD will tell the Taoiseach and the Minister for Finance that: “There can be no return to the pre-coronavirus status quo following the quelling of the pandemic. We will tell the government that the people who live in this state will not return to the Ireland of tax havens, a two tier health system, low pay and the housing crisis and we will certainly not accept austerity of any sort on the people of this country.

“It is simply beyond debate now, in our view, that all health care provision and capacity must now come under public control as part of a single-tier, integrated and properly resourced health service.  A semi-privatised, fragmented and under-resourced health system is no longer an option after Covid 19.

“The government must commit to resolving the housing and homelessness crisis, overcrowding and that the mad cap plans for co-living must be abandoned. They must also introduce higher wages for all frontline workers, an end to low pay, and the introduction of a universal minimum income for everyone.

“It is extremely worrying for Minister Donohoe to signal that they are considering ‘tapering’ the Covid-19 payment which has provided some security for workers during this pandemic. There can be no reduction in the payment, and we will be calling for a universal minimum income for workers following this crisis.”

Bríd Smith TD, who will question Health Minister Simon Harris on the ongoing catastrophe in nursing homes and seek answers to questions around the low levels of nursing homes residents who were moved to acute hospitals before passing from the virus.

She will say: “We must have on-going and comprehensive testing, screening and contact tracing regime so that people can have the confidence about any potential return, we would also like to see the public availability of face masks similar to other European countries where they are freely and publicly available.”

Gino Kenny TD, who will question the Education Minister, will say: “It is time to cancel the Leaving Certificate exams. All students should receive certification and be allowed proceed with their lives whether that be to college, into an apprenticeship or directly into work.  Students who are unhappy with the grades on their certification should be allowed appeal and afforded the opportunity to do the Leaving Cert exams if they so wish.

“The Leaving Cert is, at the best of times, a huge stress for students.  The ongoing uncertainty, as well as the general anxiety attached to the current Covid crisis,  are only adding to that stress and we are calling on the Minister to do the right thing and cancel the exams and immediately set about developing a robust  certification scheme which will be fair and will allow students to proceed with their lives.”

The TDs conveyed their support and solidarity to the striking Debenhams workers following the outrageous breaking up of their legitimate protest on Tuesday and the shocking decision of the Gardaí to not move protestors gathering in a large group at the Four Courts. Bríd Smith TD has written to the Justice Minister on this matter.