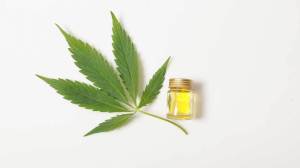 It is now exactly one year since the former Minister for Health announced the formal establishment of the Medical Cannabis Access Programme. This programme was underpinned by secondary legislation, meaning for the first time that medical cannabis products could be prescribed for a number of conditions stipulated under the programme.

Families with children with severe refractory epilepsy who were given hope last year have been told that there are ongoing discussions with suppliers and the HSE with regard to pricing and supply. Over thirty people have been granted licences under the ministerial licencing route in the past three and half years.

Deputy Gino Kenny said: “As of now not one person has been prescribed medical cannabis under the access programme. It is an utter travesty that despite years of campaigning by many families and individuals, we are still at this place. I cannot emphasise enough the effect this is having on those who are still desperately waiting for this treatment.

“It is welcome that greater access to medical cannabis is referenced in the Programme for Government, but it is deeds not words that will give people access to treatment. The new Taoiseach Micheál Martin has spoken a number of times in the last Dáil about the need for the commencement of the Medical Cannabis Access Programme. It is now imperative that the access programme is commenced immediately to deliver the long-held promise of providing legal and medical access to medical cannabis products for those that need them,” concluded the Dublin Mid-West TD.