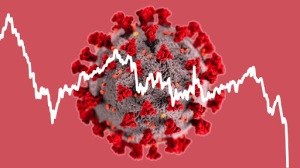 We are now at serious risk of a second wave of Covid-19, with between 38-69 new cases being reported every day in the South for the past week. The number of positive tests in the North has now multiplied by three compared to July, and the R-rate across the island of Ireland is now at 1.8.

Clusters in the South have appeared in meat plants and in Direct Provision centres, increasing the risk of community transmission if the virus is not brought back under control. In the North, there have been 20 recent clusters associated with workplaces, retail or hospitality premises, domestic gatherings, and sporting settings.

Yet on the question of the areas where the clusters are occurring, nothing is being done. Instead, an attempt has been made to shift the blame onto people holding house parties. And while house parties and social gatherings could become a problem going into the future, the seeds for a second wave are being sown elsewhere.

Despite repeated please to take action to protect asylum seekers direct provision centres, many are still sharing rooms with strangers. There is now the threat of a second hunger strike, this time in a centre in Miltown Malbay.

Nor have any additional measures been put in place to ensure food processing workers are working in a safe environment. Instead workers are still reported to be working in close proximity, with Offaly Fianna Fáil Councillor Tony McCormack saying “you’re going to have people working on top of each other”, as if this were an unavoidable fact of life.

People Before Profit have made repeated calls for the inspection and closure of workplaces that do not implement adequate safety measures, but these have been ignored. We have also called for sick pay for workers who need to self-isolate because they are showing symptoms. Yet it is reported that 90% of meat processing workers in the South still do not receive sick pay.

The issue of the meat plants has been an issue on both sides of the border throughout the course of this pandemic. Yet far from developing a coordinated strategy that would see both states on the island cooperate to stop the spread of Covid-19, we have seen a disjointed recklessness from both governments in pushing to reopen parts of the economy, society without adequate safety measures being in place.

Leading up to September, we are in a very dangerous position. Arlene Foster has talked of the need to “prioritise the reopening of schools”, but there is little confidence that this will be done in a safe manner. NIPSA have described the messaging as “confusing”, saying:

“It is impossible to comprehend why we developed proposals to introduce blended learning to protect pupils, teachers and non-teaching staff and to ensure that safety was the main priority for it now to be ignored”.

Similarly in the South, there are major concerns with regard to the opening of schools as the number of active cases continues to rise. Masks are to be mandatory in retail outlets but not in schools. There is to be a limit of 10 people for house gatherings, yet many schools will see 20-30 students packed into one classroom.

It is only a month since health expert Gerry Killeen said it would be possible to crush the virus if only restrictions were maintained for a few months longer. This advice was ignored and instead a reckless reopening has been pursued.

Not only this, but Fianna Fáil, Fine Gael and the Greens voted to give themselves 6 weeks holidays last week. This will mean little accountability for Ministers at a crucial point. Likewise, Stormont will not sit again until 1 September.

This is unacceptable Swift action must be taken now before the spread of Covid-19 gets out of hand once again:

– Localised lockdowns may be required where outbreaks have occurred.

– Inspections of workplaces must take place, and any who are found not to be implementing distancing measures must be shut down.

– Sick pay must be provided for meat plant workers and any other workers who are not already entitled to it.

– Asylum seekers must be moved immediately to own-door accommodation.

– Turnaround time for tests must be reduced to a maximum of 24 hours across the board.

– In order for schools to  reopen, pupil-teacher ratios must be drastically reduced. Masks must be provided for free by the state. There must be regular temperature checks.

With decisive action, Covid-19 can be brought back under control and further major loss of life can be avoided. Will the FF-FG-Green government and the Northern Executive do what is required to keep people safe?