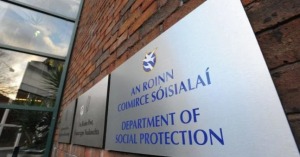 Solidarity People Before Profit condemn the cuts to the Pandemic Unemployment Payment which the government are pressing ahead with despite the clear and obvious detrimental effect that this will have on people.

Richard Boyd Barrett TD said: “Hundreds of thousands of people through no fault of their own have lost their jobs or massive slabs of their income due to the pandemic are now staring down the barrel of a huge hit on the PUP which has been essential to keep people going during the pandemic . Over 200,000 workers rely on the PUP, which is being cut from €350 to €300 for most, with many others facing an even steeper cut to €250. Earlier in June another 60,000 workers had it reduced to just €203.

“The cut to the PUP is an absolute disgrace and a dangerous betrayal of the principle of “we are all in it together” which will do serious damage to the social solidarity that we need to battle Covid19.”

Gino Kenny TD said: “There was never any justification for cutting PUP payments because, by definition, you only got this payment if you lost your job because of government instigated public health measures.  However, in a situation where infections are now rising rapidly and new restrictions are being imposed and many more people who had hoped to return to work now can’t and many others will, once again, lose their jobs, it is cruelly unjust to further punish these workers by cutting their income.”

Bríd Smith TD said: “What the government does not seem to understand is that bills and costs for people are not reducing. Rents, bills, the cost of living for people are still very high and so this cut to the PUP from this government will be a major blow to many thousands of people. Yet again what we see is a government out of touch with people.

Mick Barry TD said: “The Government needs to introduce wealth taxes in the Budget to cover the cost of COVID-19 supports. There was €14billion to be gone after in the Apple case but the Government turned their back on it. There are 10 individuals who own €50billion of wealth but the Government won’t even countenance a debate on wealth taxes. The €350 PUP needs to be immediately reinstated and wealth taxes need to come in now to pay for it and other necessary measures.”

Paul Murphy TD said: “We now have a second wave of Covid, and a second round of restrictions which will mean more workers lose their jobs, so we need a second round of supports for people. These are hard working people, who have already sacrificed a lot to fight this pandemic. They have lost their jobs, and now the government wants to take away their dignity too by slashing their incomes to €203 a week and re-starting evictions. Instead, we are saying the full €350 a week payment and ban on evictions must be reintroduced.”