Gino Kenny: Vaccinating only those in wealthy countries is counterproductive 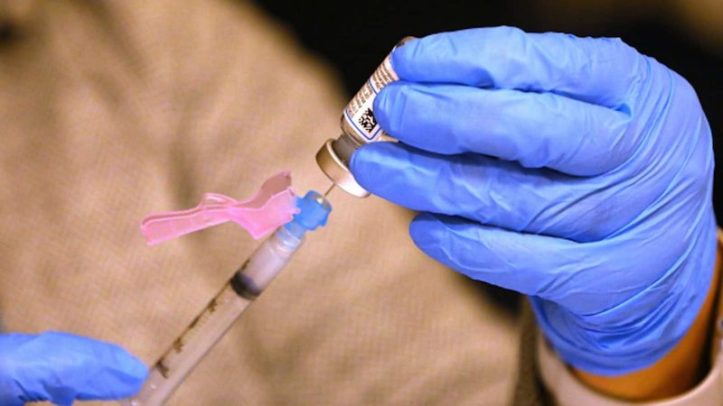 THE COVID-19 CRISIS that has engulfed this country and, indeed, most of the world, unfortunately showing no sign of slowing down.

This is a frustrating fact for the people who have sacrificed so much, lost income, their jobs, or a beloved family member or friend during this time.

Adding to the many frustrations people feel is the fact that the government’s reaction to the ever-developing crisis is just that – reactionary and rudderless.

With hospitals and ICUs overwhelmed and our valiant healthcare staff exhausted following the disastrous decision by the government to open up pre-Christmas, it seems this administration’s plan is non-existent.

It also seems as if their intention is to rely on ad hoc and half-baked measures, such as a travel ban for some, and the hope that the vaccine will be magically rolled out over the summer. This is a flawed and politically naive strategy.

We need a clear and comprehensive plan. That plan in the view of People Before Profit and increasingly greater numbers of the opposition is Zero-Covid which was elucidated in this publication previously by my colleague, Paul Murphy TD.

Essentially, a Zero-Covid strategy involves the imperative needs of increased publicly owned hospital capacity; a state of the art testing and tracing regime, a ban on non-essential travel, with mandatory hotel quarantine for those that do travel into Ireland.

It also includes proper pay and conditions for all health staff and student nurses and the implementation of “green zones” or regionalised public health restrictions that have been suggested as a means of aggressive suppression that would work with or without the cooperation of the Northern Executive.

These could only be considered as reasonable measures considering the scale of the crisis and the threat of novel variants that appear to be more transmissible and possibly, less responsive to vaccines that are being rolled out at present. It is the emergence of these novel mutations that give cause for concern.

Neither Health Minister Stephen Donnelly nor the government has provided a comprehensive and clear plan about how we are going to get people of all age cohorts vaccinated.

We are set to receive fewer doses of the AstraZeneca vaccine than was expected which has highlighted the weakness of the government plan – there is no Plan B for vaccine supply.

This is more than a moral outrage; it is a public health nightmare. Leaving vast sections of the world unvaccinated could allow new and even more dangerous variants to emerge, variants that may render vaccines even less effective, or variants that prove more deadly or transmissible than those currently in circulation. We will not be safe until everyone is safe.

The People’s Vaccine Alliance, a coalition that includes Oxfam, UNAIDS, Amnesty International and others, are calling for a suspension of Intellectual Property Rights that restrict off-patent production of vaccines and any new therapeutics or diagnostics that may be useful in the global fight against Covid-19.

In line with the demands of the People’s Vaccine Alliance, India and South Africa have proposed suspension of the WTO Trade Related aspects of Intellectual Property (TRIPS) protocols for the duration of the pandemic.

The proposal has secured the support of over 100 countries but is being blocked by the EU, UK, US and Brazil.

Echoing the demands of the Alliance, People Before Profit submitted motions to the Dáil and Stormont calling on governments to change their position on the Indian/South African proposal to the WTO.

I have called on Minister Donnelly to make representations to the EU Commission on the idea of the People’s Vaccine, calling on the Commission who have up to now opposed the idea, to immediately back the proposal for the lifting of intellectual property rights, due to the acuteness of the crisis we face on a global scale, and to push for patent-free production in the EU and in other jurisdictions who face the prospect of the being left behind in a form of vaccine apartheid.

Many of the vaccines that will be available this year have been made possible by public investment. Vaccines should be a global public good, not a profit-generating commodity subjected to artificial scarcity.

As one example, the Moderna-NIH vaccine was almost 100% publicly funded, $2.5bn of public money went into its development, with the only significant private contribution being a $1million donation from the Dolly Parton Foundation.

In addition to public investment in vaccine R&D, there have been multi-billion-dollar advanced purchase agreements signed with pharma companies which have allowed for mass production.

What has happened to a greater or lesser extent with most vaccines is the socialisation of R&D costs and the privatisation of profits. The pharma companies are the only ones allowed to make or authorise production of vaccines, they have a stranglehold on global supply that must be broken in this unprecedented global emergency.

Closer to home, the Minister needs to make amends by revising the National Immunisation Strategy. We need more careful planning to take account of changes in vaccine supply, we need emergency off-patent production of vaccines by any company with the capacity to produce vaccines, and we need more certainty on the rollout.

What will be imperative is that these proposals are taken on board by the government and that the policy of ‘Living with Covid’ is abandoned and a new, increasingly popular strategy towards Zero-Covid is implemented, allowing us to save the summer, the economy, livelihoods and the mental health of everyone in this country.

Only these radical proposals give us the hope of finally seeing the back of this crisis. My party and I will continue to champion this approach inside and outside the Dáil.