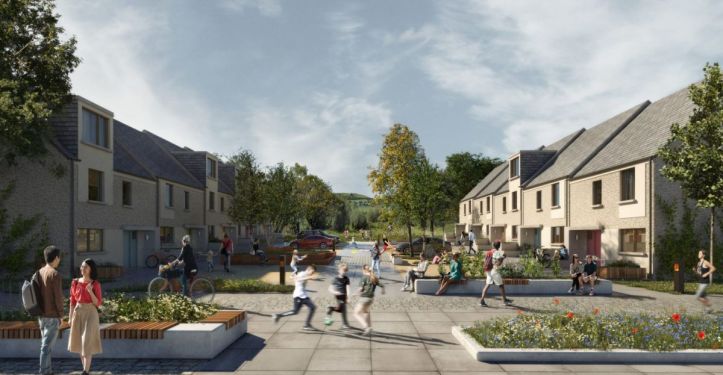 As part of the deal, only 20% of the houses built will be social housing – at a time when almost 10,000 people are on the housing waiting list in South Dublin County Council.

The ruling parties have tried to sell this bad deal by pointing to the additional 60% of the houses which they claim will be “affordable”. In reality, “affordable housing” under this government is tied to market rates. At the moment, the affordable houses on this site would cost around €250,000 – completely unaffordable to the vast majority of workers. Moreover, there is no guarantee that these prices will not rise over the coming years, pushing them even further out of reach.

The Fine Gael and Fianna Fáil tactic to get these kinds of deals through has been to harangue and bully the opposition into submission. They claim that opposition to the same failed policies that caused the housing crisis is akin to being against the building of homes in general.

On this occasion, it worked. Most of the opposition buckled – Labour and the Social Democrats voted for the deal. Sinn Féin and Liam Sinclair of An Rabharta Glas abstained. The only councillors to vote against the deal were People Before Profit Councillor Madeleine Johansson and Independent Councillor Eoin O’Broin.

The result is a continuation of the policies of privatisation that have enriched big developers, speculators and vulture funds, and caused this unprecedented housing crisis. Another large tract of land has been lost, another developer enriched, and more families deprived of a secure, affordable home.

If we are to tackle the housing crisis in any serious way, the first thing we need to do is stop any further sale of public land. Secondly, we need to build a fighting movement that can put it up to this government and the interests they represent.

We need homes for people, not for profit, and we need feet on the street to win any change.

Join the rally for housing at the Dáil on Wednesday at 5:30pm. Get involved in the fightback!